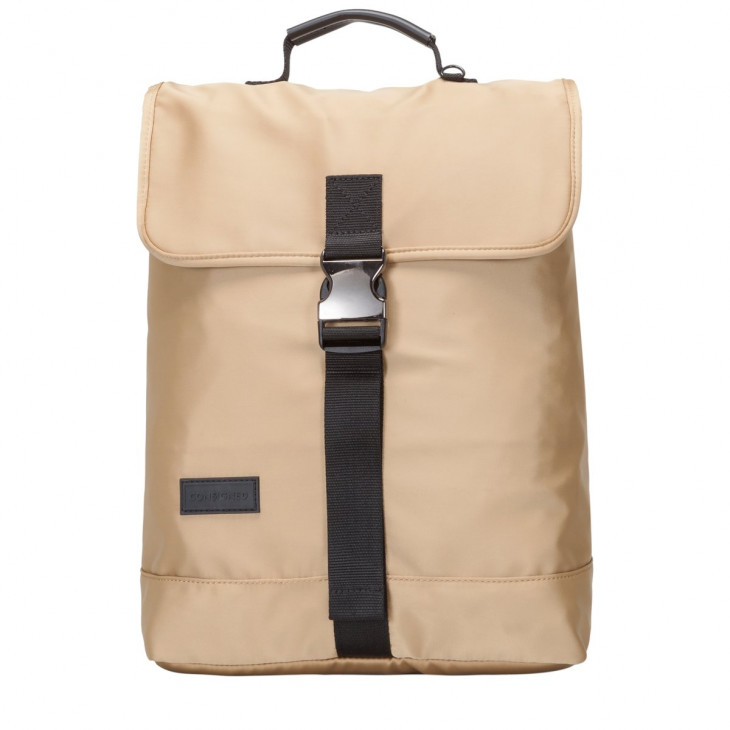 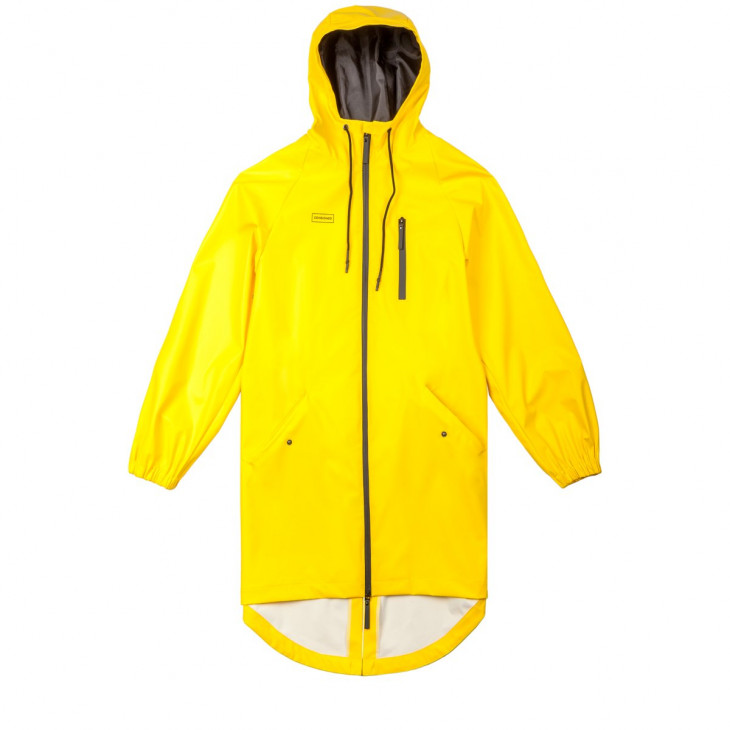 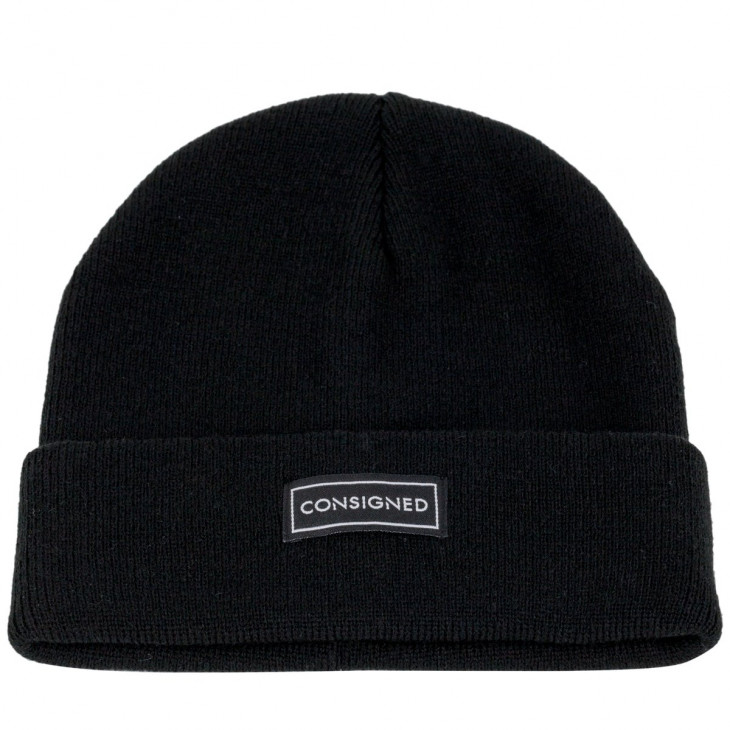 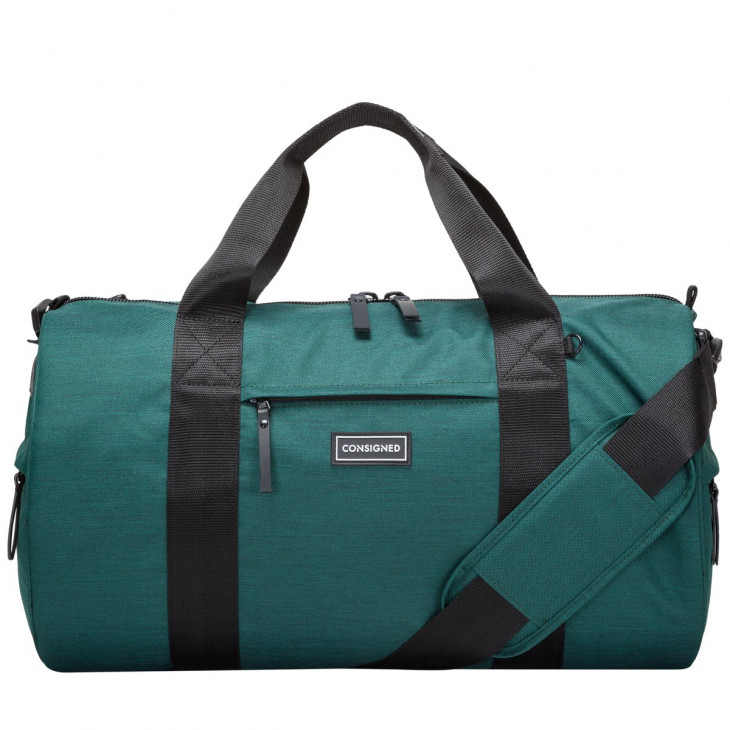 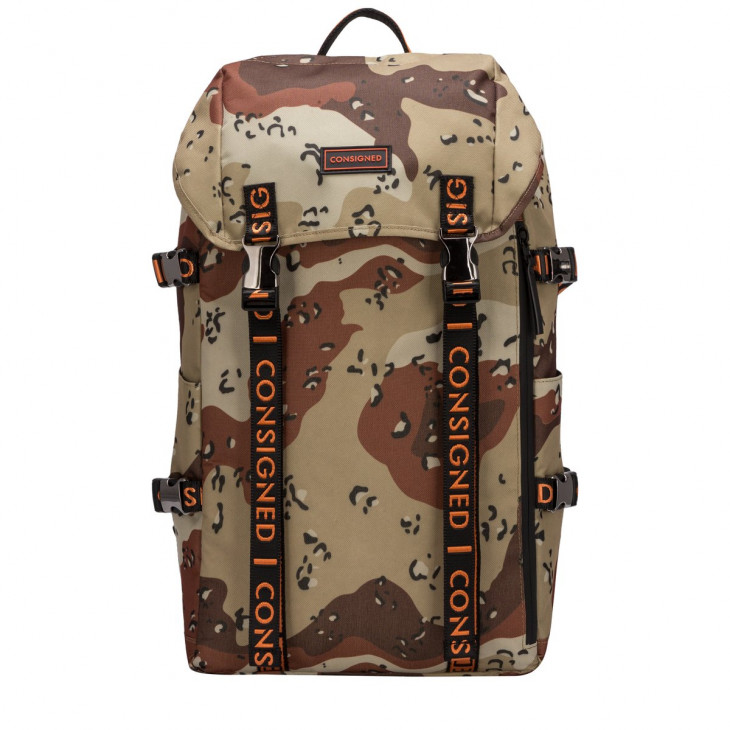 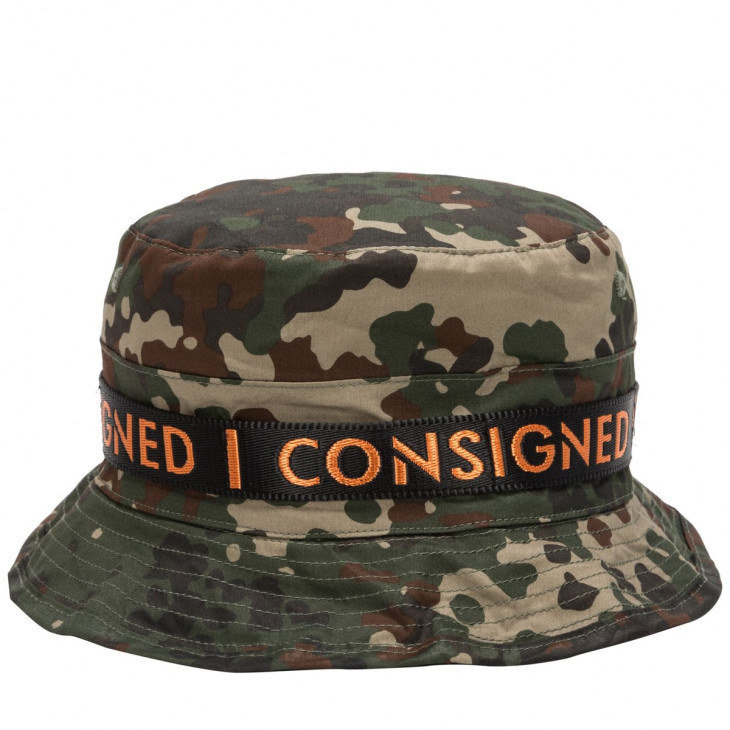 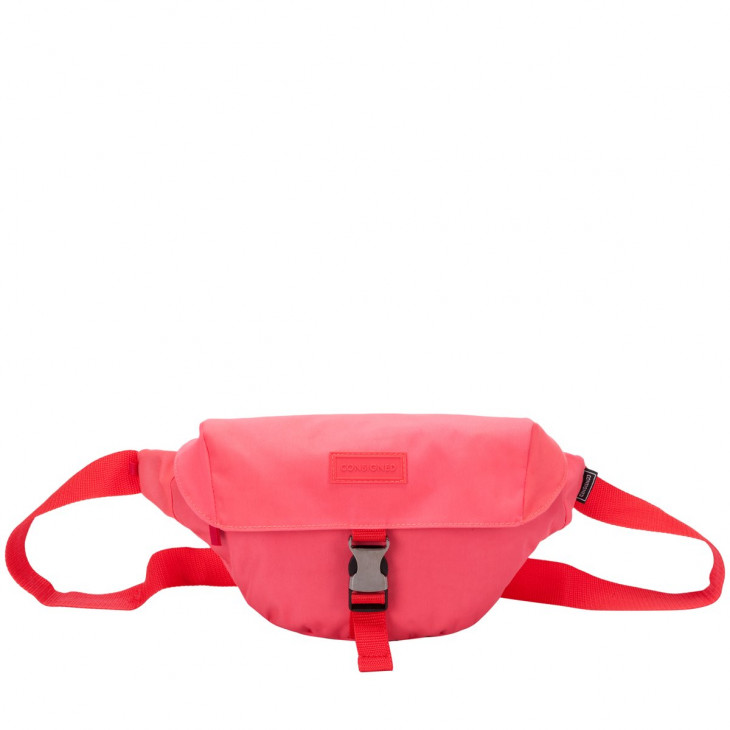 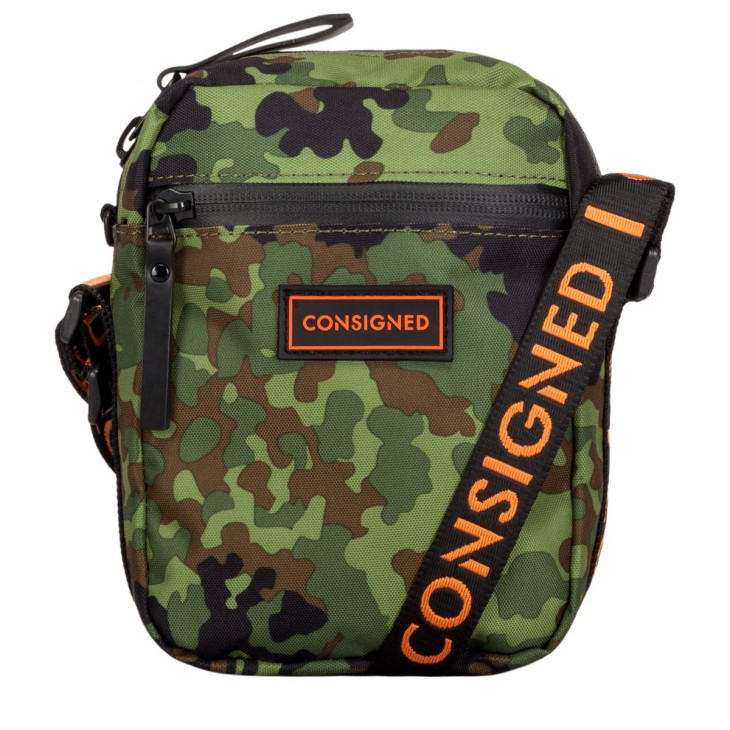 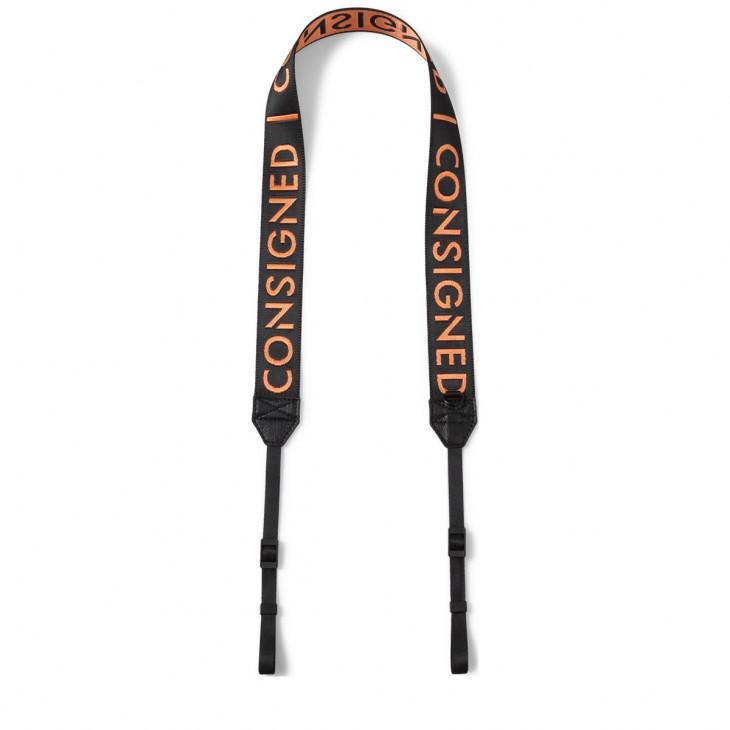 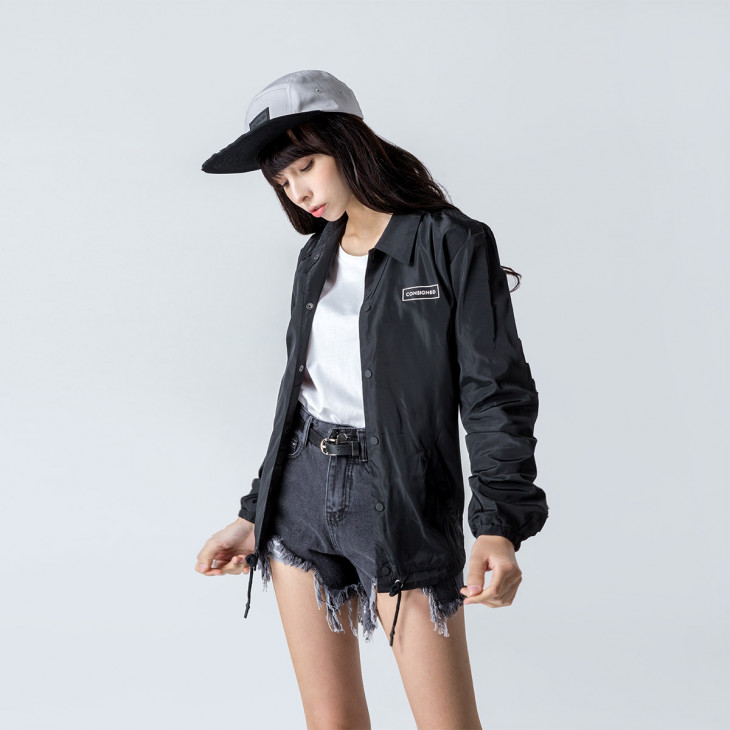 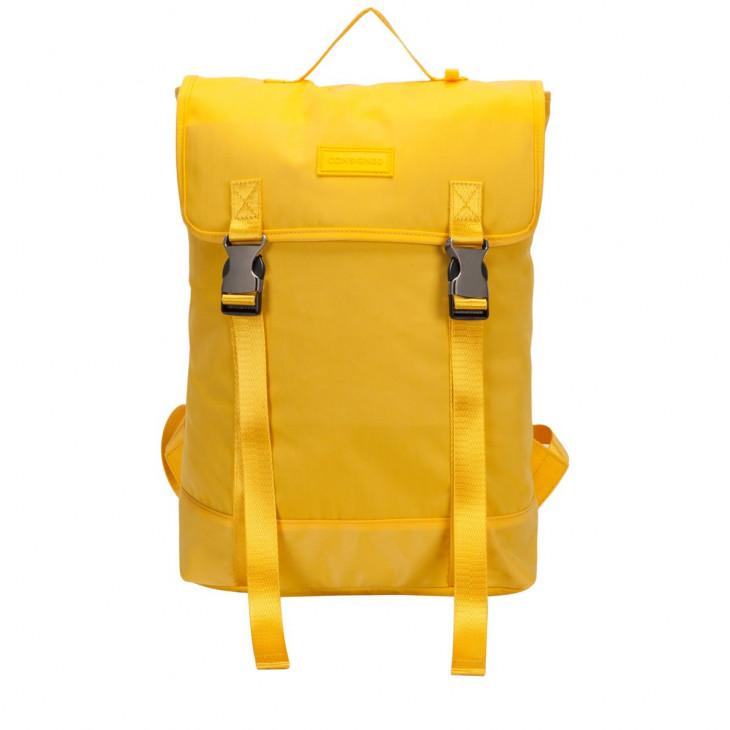 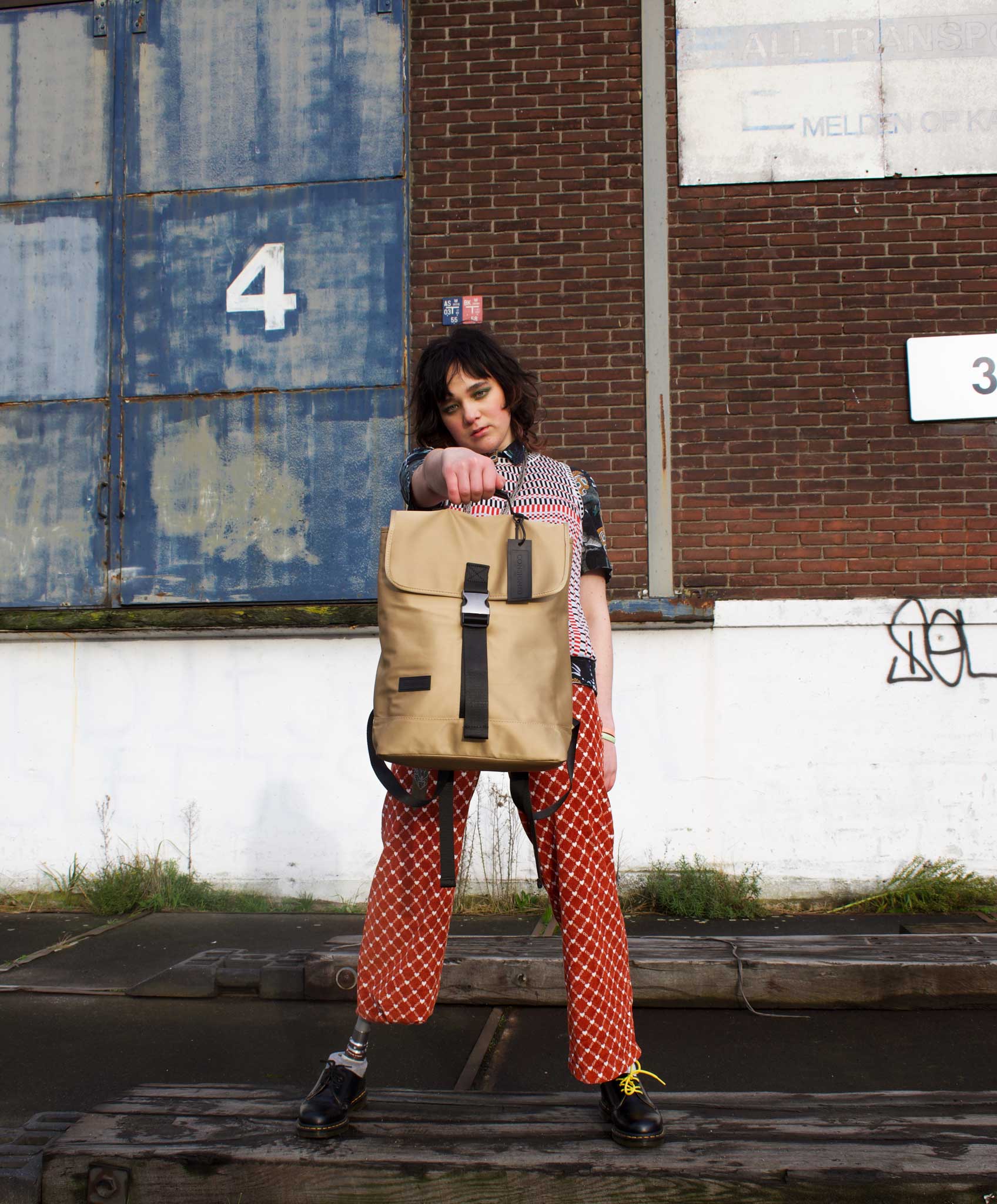 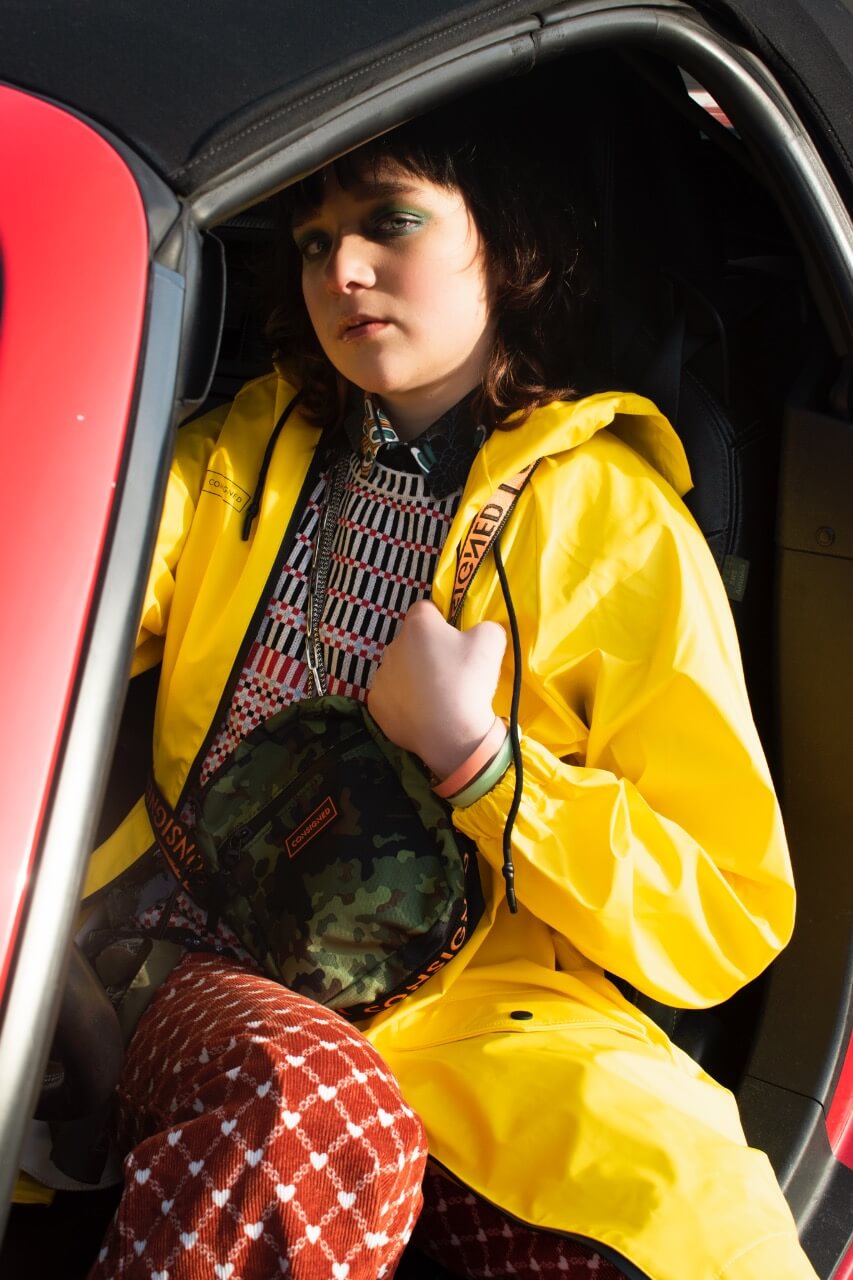 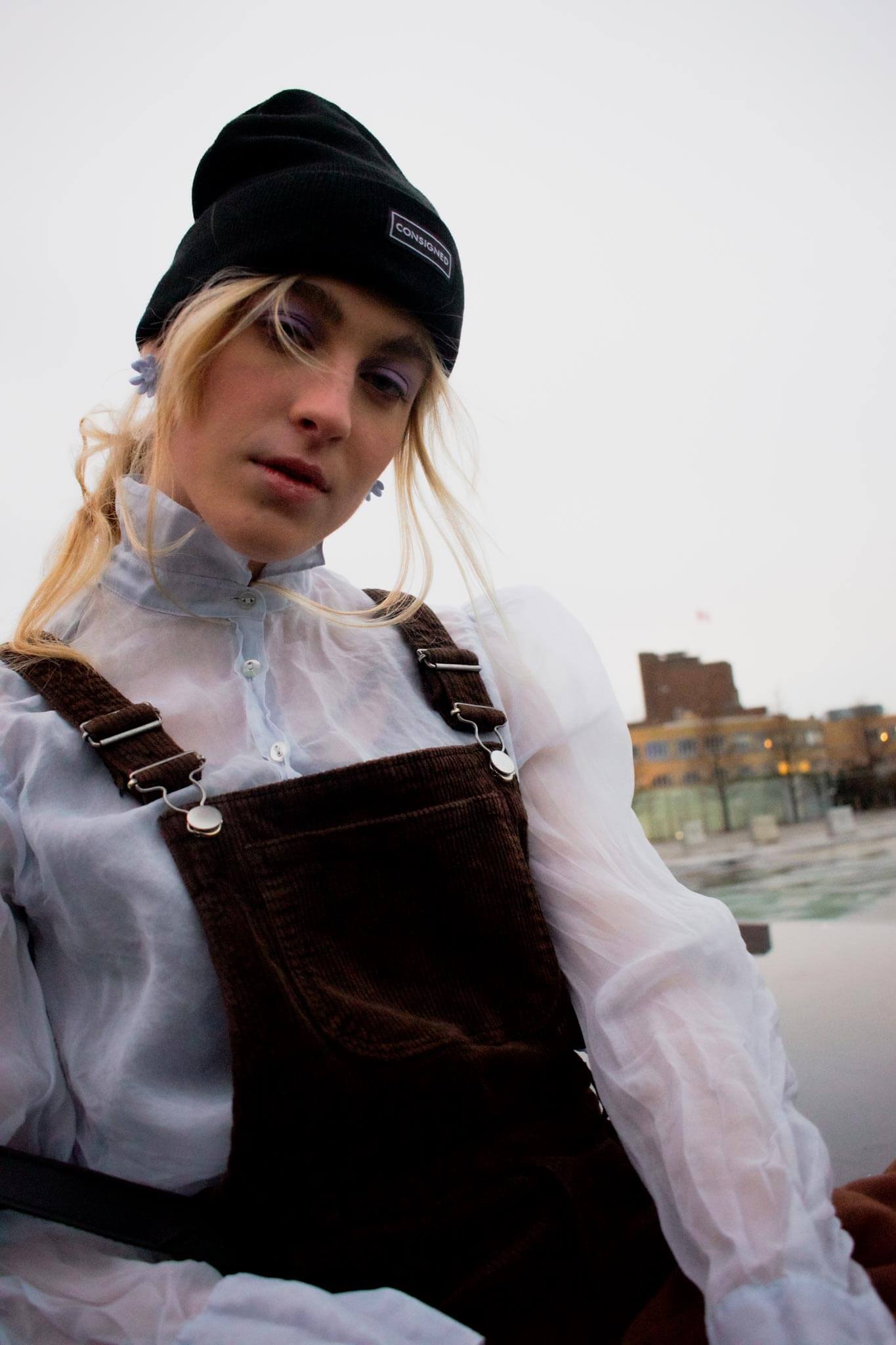 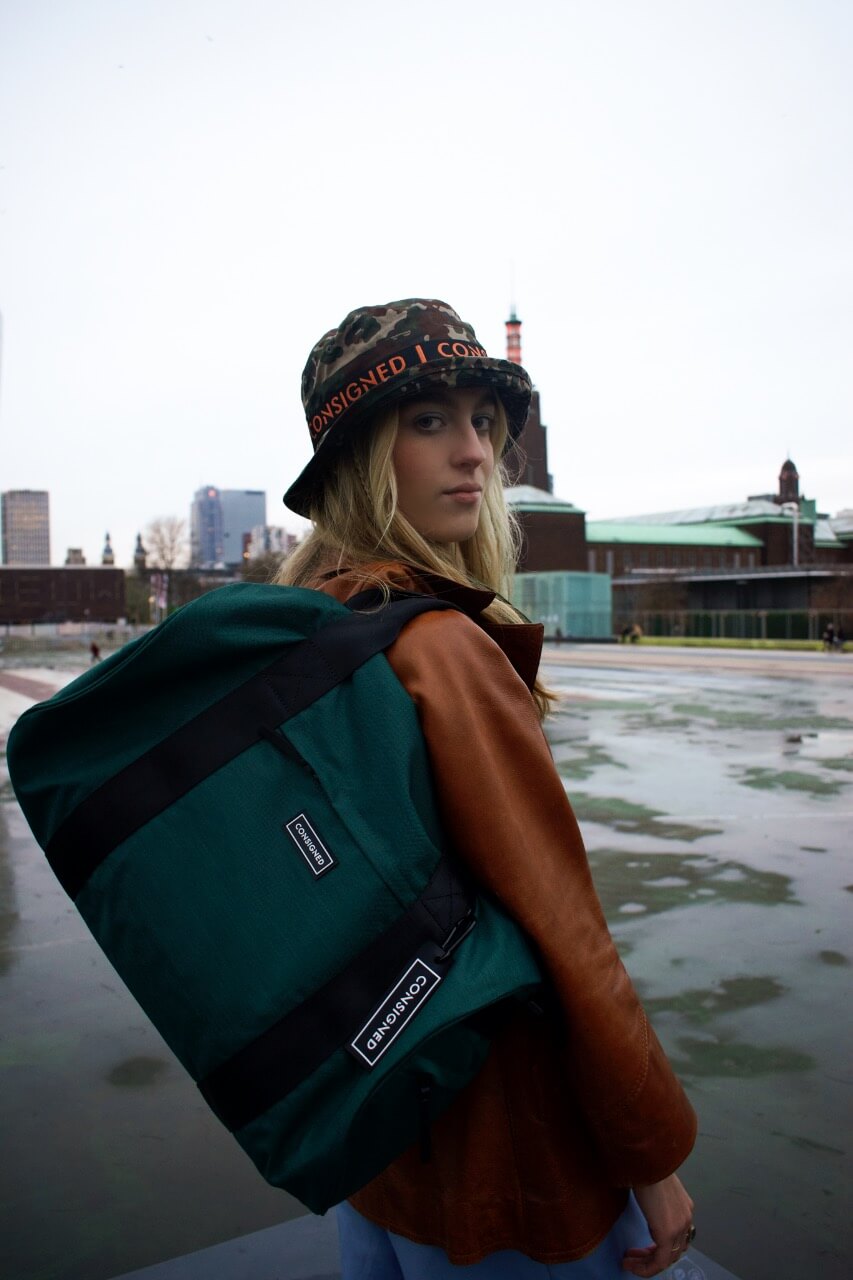 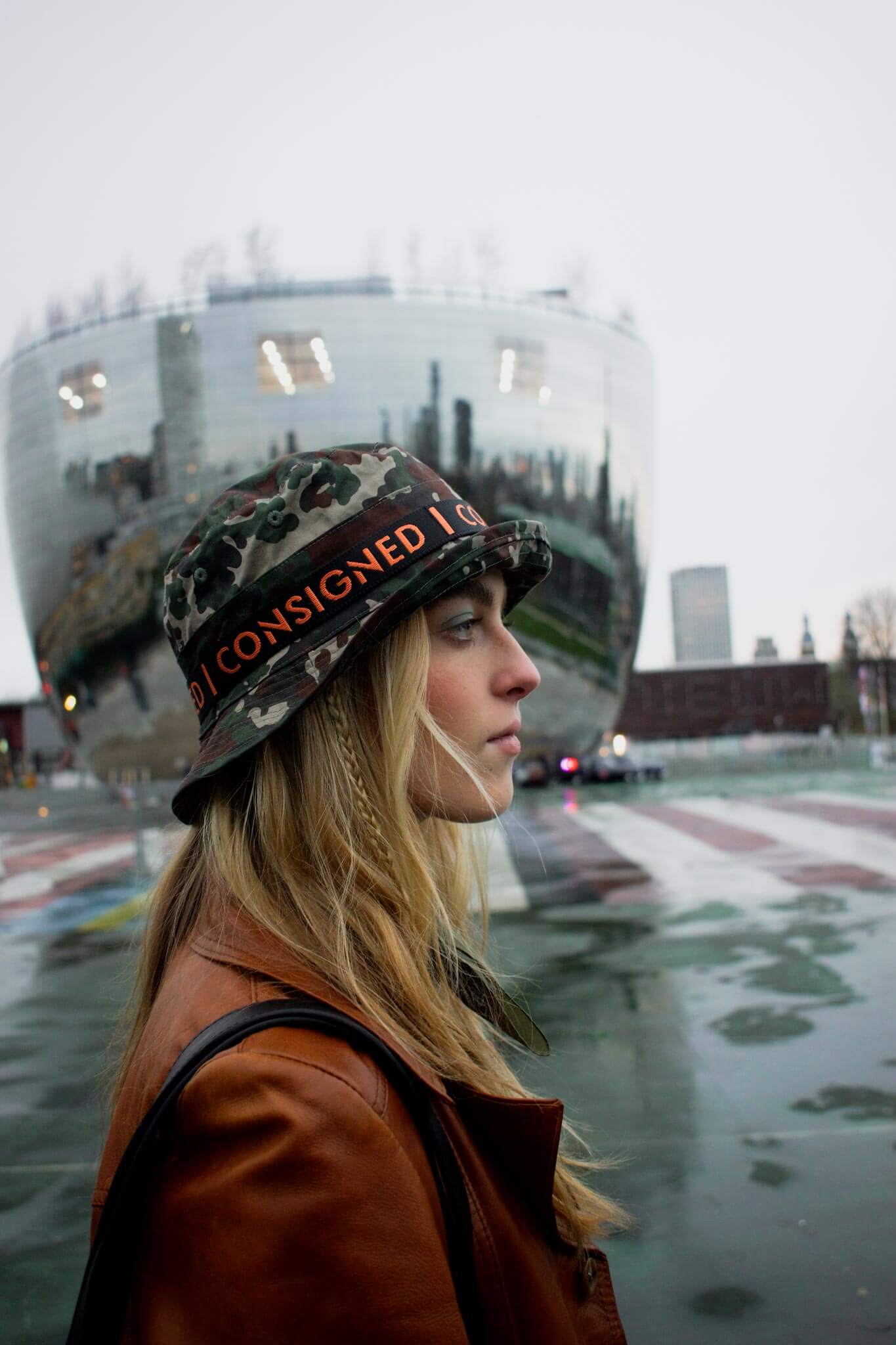 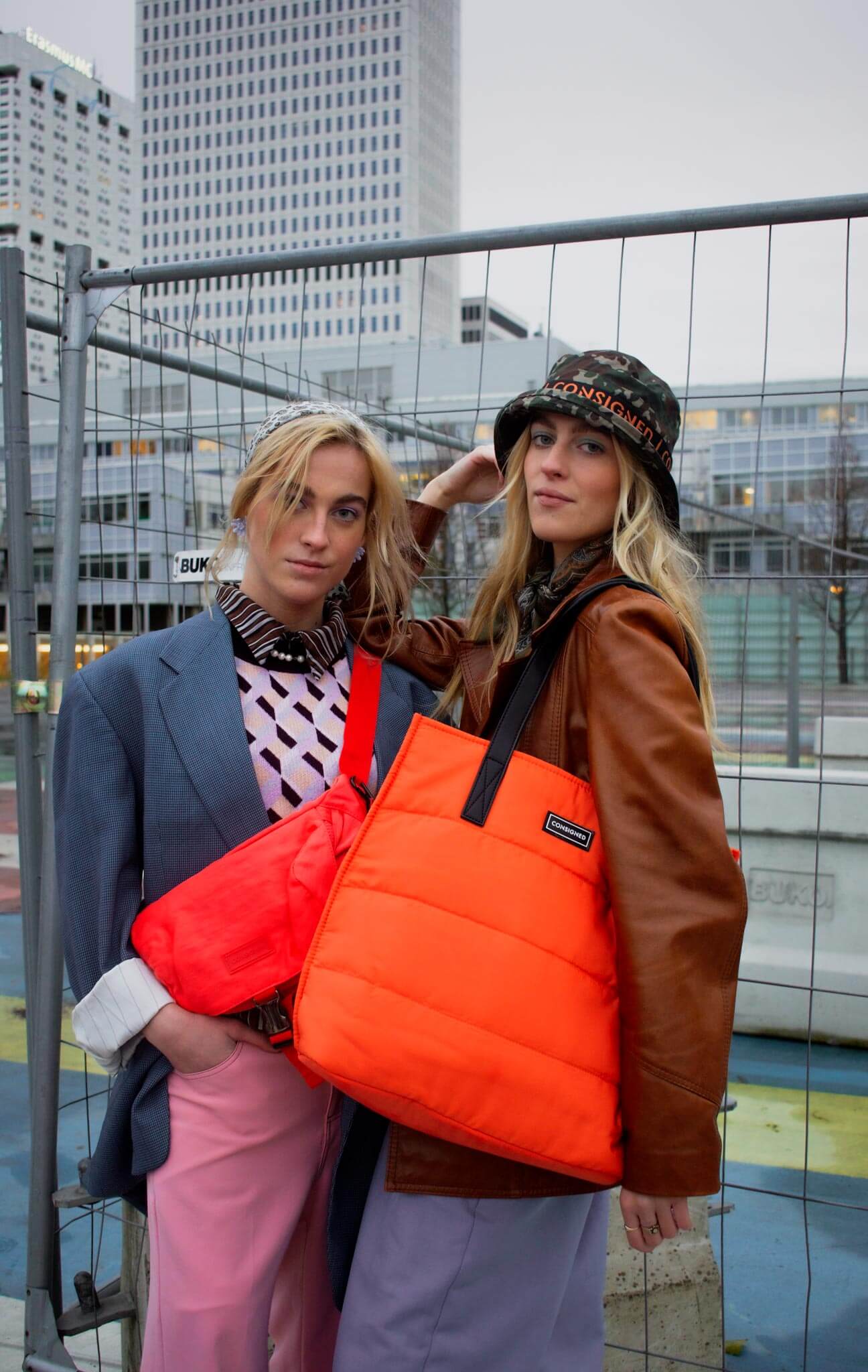 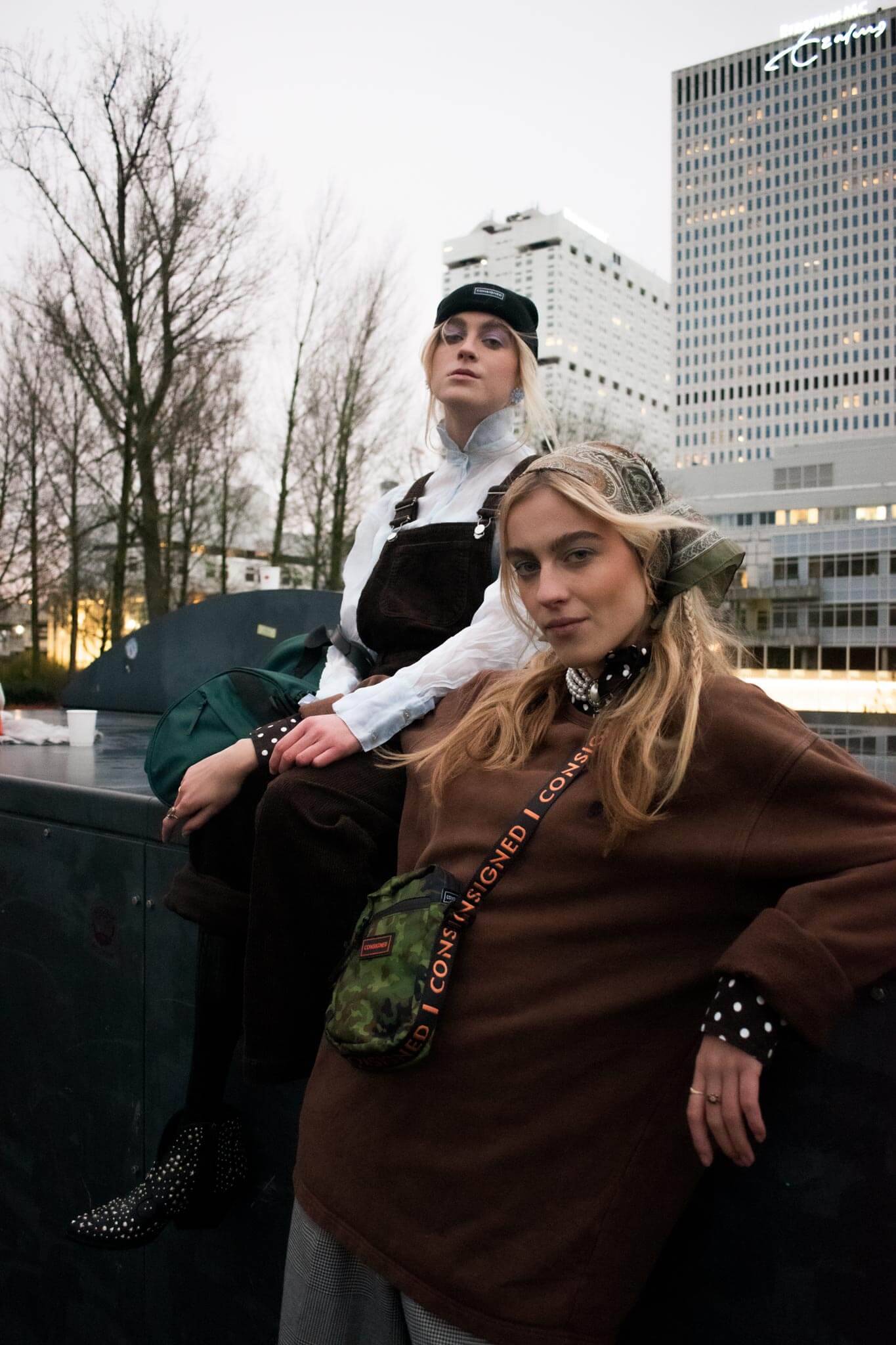 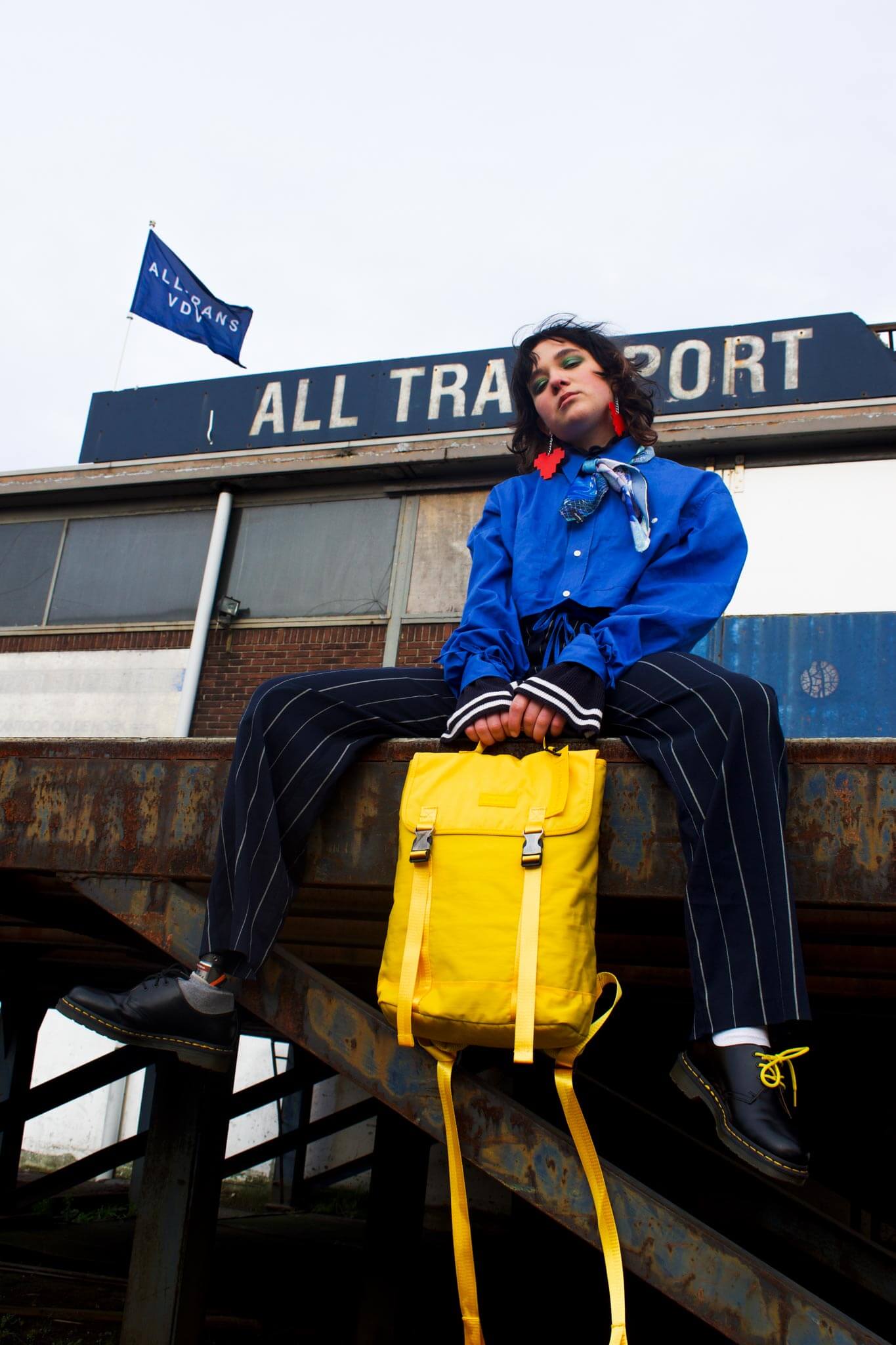 With the outbreak of the COVID-19 Pandemic in 2020, we at CONSIGNED are looking to new beginnings in 2021 with our REVIVAL campaign.

Our vision is a Post-COVID world, a new life with new explorations & possibilities. This is the basis of REVIVAL.

Aligning with the new narrative, we will be launching our RE-CONSIGNED collection in 2021. Produced from ground down recycled plastic bottles woven into a unique renewable fabric, the collection gives plastic bottles a second life and a new purpose, a significant take on reducing our carbon footprint as a brand.

We invite you to interpret REVIVAL in your own creative form to create a body of work with us.

What is your REVIVAL?

Being Visible: How Elke Lale van Achterberg is changing the modelling industry

We all know that the modelling industry has created an impossible image of what you should look like today. It all started with the 90s supermodels. The clue is in the name. They were never supposed to represent reality and yet, somehow, they’ve become the standard of beauty. No wonder we find it hard to relate.

Enter Elke. A woman driving a change in people’s expectations of what a model should look like. And not just on a size 0 vs 16, Elke is changing ideas surrounding physical disabilities, throwing away the stereotypes and instead celebrating each person’s uniqueness.

Feeling unrepresented in the media, Elke struggled to find someone she could connect with. Since then she has tried to be a role model for people who feel the same. At 16, she was introduced into the modelling world and was one of the first models to have a prosthetic.

“There is still such little representation in the modelling industry. You barely see any models with a disability, or plus size or people from different backgrounds and it’s still such a big problem.”

Fuelled by her passion, Elke has gone on to be featured in high fashion magazines such as Elle. Even so, she has encountered her fair share of discrimination during her time in the industry. These disheartening experiences pushed her more to adjust people’s attitudes towards disabilities and so came the beginning of VISIBLE MODELS.

“I wanted to quit modelling but realising that there is no one that is gonna do this…then I came up with VISIBLE MODELS”.

At just 20 Elke is the owner of VISIBLE MODELS. But what makes this agency stand out? The simple yet convenient name is a hint to the powerful concept behind her company. Although they may not fit the ‘perfect’ mould, her aim is to change the way her models are seen. Instead of just showing a pretty face, Elke’s goal is to spread inspiring stories.

“I ask all my models ‘what does being visible mean to you?’ and it can mean so much to people. It’s not just about how you look or what people see. It’s so much more, there’s an entire story behind it.”

Throughout her life, Elke has found herself being constantly defined by her disability. Despite being a business owner and world champion fencer, she is repeatedly referred to as ‘that girl with one leg’. Tired by this, her passion to tell her story only grew and now shows in the way she represents her models. Like herself, Elke’s priority is always on shining a light on the models’ story and identity rather than the disability.

Elke’s determination to present her models as more than a pretty face has influenced the way she makes a casting. With no makeup or over-the-top styling, the models go through what Elke calls a ‘what you see is what you get’ shoot. Left with nothing but a bare face to sell themselves, Elke has helped spread many inspiring stories.

“We’ve done the first shoot which was all about what you see is what you get so the background was white, the clothes were white - everything was white, no makeup or anything because I wanted people to show themselves without using styling or makeup… I wanted to see if they can tell a story with nothing except their facial expression and it’s awesome to see those photos and really see the person as themselves and it’s also a really good test to see if they are right for our modelling agency.”

As for many people, 2020 has been a difficult year. For creatives such as Elke, they have had to adapt to these changing times. As lockdown restrictions become tighter, Elke struggles more and more to find inspiration. Before this though, she relied on exploring the outside world and living in the moment. For her the biggest challenge was finding this inspiration while staying at home.

“When you’re going out in the real world you see such unique moments and they make everything so much more powerful…It has been very hard to find my inspiration. There is a lot on the internet and there’s a lot on social media but we all know by now that a lot of that is fake so I just love to get my inspiration out of real life, being outside, the real people and that’s something I didn’t have.”

As part of the REVIVAL campaign, we ask each creative to define their own revival and what it means to them. Elke’s answer is fuelled by her passion to empower and stand up for those who feel that they do not fit the standard.

“My revival really is fighting for what is important and that everybody gets a chance to be seen as who they are… I really want to fight for everyone to get the right place in society where they can speak of who they are and being themselves and being allowed to be you.”

As we move into 2021, we at CONSIGNED are interested in discovering new beginnings. For creatives this may be starting a new project which Elke hints she has got planned. Whatever she has in mind, it’s clear her goal is to deliver this important message all over the world. She also talks of the possibilities of turning VISIBLE MODELS into a brand. Hoping to reach more people, she hopes to spread her message beyond the modelling world.

“In the future I really hope that I can grow and spread this message, that as many people as possible will hear me and that I’m not just doing this here in Holland but I can do this throughout the entire world because it’s a problem everywhere where people are not being seen as who they are.”

“The products I’ve got I basically use every day, the bags are absolutely amazing. I always bring a lot of stuff with me and I’m really a backpack girl so I can always bring everything with me and it really makes my simple black outfits stand out by the colour combinations…The bags are actually perfect to use when you’re in a wheelchair and they’re not made for that but it works so that really helped me.”

Learning about Elke’s story and creative process has been an eye-opening experience for us at CONSIGNED. Her creative eye and passion for change is everything we look for through REVIVAL. We ended the call by asking her to reflect on her time working with us.

“My first impression when I saw CONSIGNED was like “I love this!`` It’s a brand I really, really like…Working with CONSIGNED was a really great experience for me because it really gave me the space to use my own creativity within a project. I had a lot of freedom to make up my own concept and work on this project.”