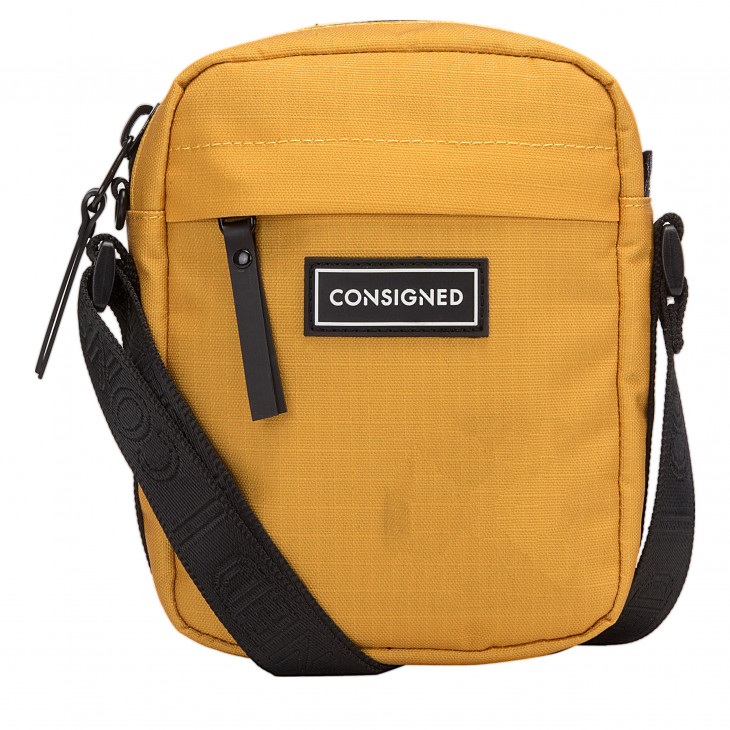 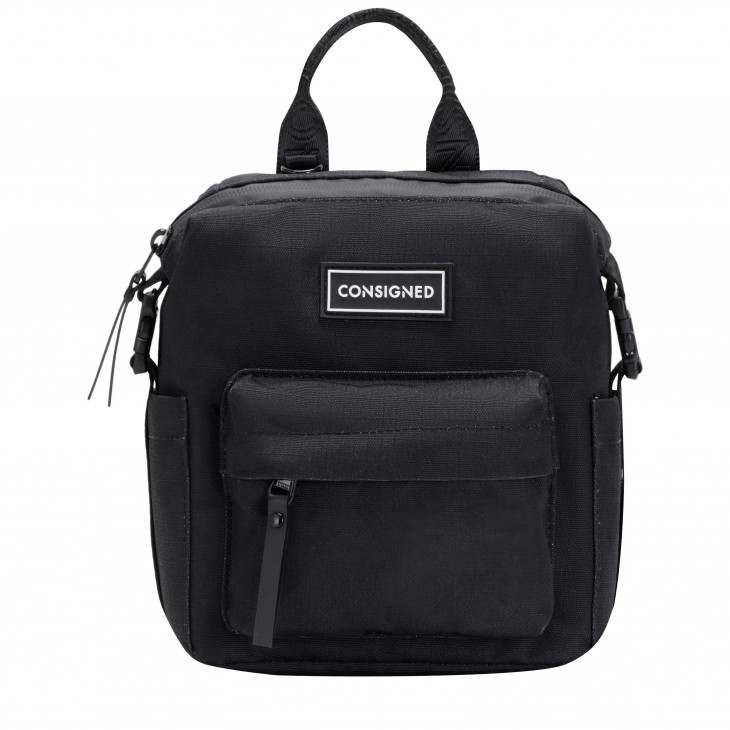 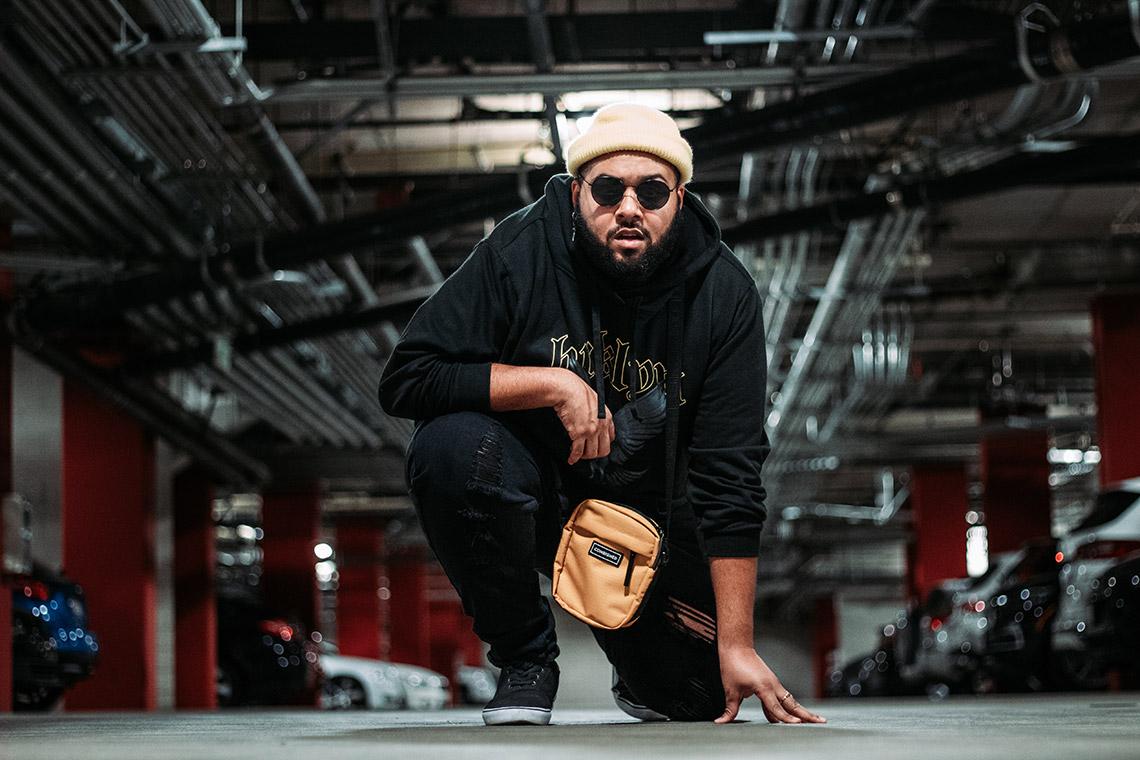 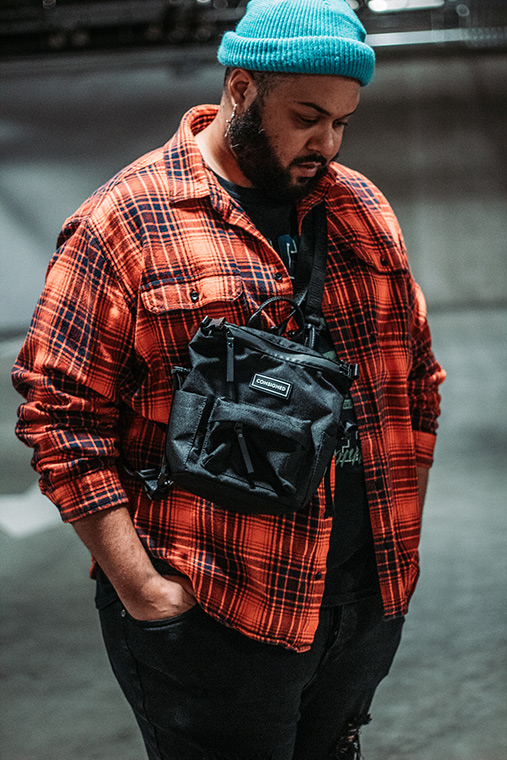 With the outbreak of the COVID-19 Pandemic in 2020, we at CONSIGNED are looking to new beginnings in 2021 with our REVIVAL campaign.

Our vision is a Post-COVID world, a new life with new explorations & possibilities. This is the basis of REVIVAL.

Aligning with the new narrative, we will be launching our RE-CONSIGNED collection in 2021. Produced from ground down recycled plastic bottles woven into a unique renewable fabric, the collection gives plastic bottles a second life and a new purpose, a significant take on reducing our carbon footprint as a brand.

We invite you to interpret REVIVAL in your own creative form to create a body of work with us.

What is your REVIVAL?

YawnyBlew is the enigmatic brainchild of Grammy nominated singer-songwriter, John Gonzalez. CONSIGNED met up with Yawny to discover his creative journey, to talk about his REVIVAL as a solo artist and to collaborate with CONSIGNED.

A combination of LOFI and the endless possibilities of fusing it together with other genres; Yawny Blew’s unique sounds tell stories of identity, sexuality, love and heartbreak in a way that anyone can relate to.

As a self described Cartoon Network kid at heart, Yawny offsets animated and colourful visuals with gritty moody sounds. Yawny tells his stories authentically, showing his emotions are not always black and white, but sometimes conflicting.

“I try to tell stories of identity, sexuality, love and heartbreak, creating a place where we all exist and understand that we all go through the same thing.”

Being a queer man of colour in the urban music scene, Yawny has the most fun with his music when he’s being transparent and speaking to those who exist in the same places he does. Those being worlds that often butt heads, being able to speak to others like him is what he strives for when expressing himself.

He brings positive energy into everything he does and creates from a reflective place. His music is rooted in nostalgia, and even when taking from sad memories, it is still brought forward. This brings with it hope and optimism.

“I’m always creating from a reflective place. And you can’t help but be optimistic when you’re reflecting because you’re learning.”

Coming into 2020, Yawny was planning on a very busy year, but with Covid interrupting his initial plans, he gives full credit to the pandemic for forcing him to make music.

“It pushed me to think about ways to be creative outside of the studio because that’s been my safe space. So learning how to be a visual artist, and learning how to do photoshoots and shoot videos, so it’s actually unlocked my creativity and pushed me in the right direction as an artist.”

Yawny Blew’s name is an example of his uniqueness. Prior, his name as a songwriter was Johnny Blue, coming from his first name John and his favourite colour blue. In times gone by, Yawny would have given a serious definition when he was going through an intense and anxious time. After deciding this anxious place wasn’t healthy, he took a year off. In that time, he decided if he was going to make music, he was going to have fun while he did it. The name Yawny Blew, along with all other aspects of his work, reflect his new attitude.

“Yawny Blew came from the desire to not be defined… it’s just a reminder for myself to like have fun, don’t take it too serious.”

With all the crazy and colourful visuals Yawny uses with his music, nothing stands out more than his Teddy Bear head which shows up time after time. His name is Blew Bear, and he came about the same way Yawny’s name came about. It is a means of having fun and not taking himself too seriously. Yawny also considered the idea of being a masked artist and letting the music speak for itself buth is love of interacting with people turned him off the idea. As he already had Blew Bear, Yawny has taken him with him on his creative journey for the fun of it.

“I’m a queer artist and typically larger men, larger hairy men in the queer community are considered bears, so I thought it was silly. Also I’m a big Kanye fan and I love the earlier Kanye era with the bear.”

Yawny’s REVIVAL has been the results achieved through releasing music as an artist. This has given him a new light and energy. By connecting with new people through his music, he has realised there are so many others out there like him. They need someone to tell their story. This has given Yawny the direction to create music, be transparent, speak to those people and speak his truth.

With this in mind, Yawny’s new release “Dusk” is the first record he has created for himself as an artist after years of songwriting.

“It made me feel like I’m going in the right direction, trying to be an artist and create music from a personal place. For sure it was my REVIVIAL because it made me feel that this is the path I need to go down.”

Yawny has recently collaborated with the famous songwriter Harold Lilly. Lilly is two decades into his songwriting career having planned each year to get to where he is, inspiring Yawny to consider his goals. He also has a project with PYRA, an artist from Thailand, coming out this year.

Yawny is trying to be a more responsible consumer. Last year, Yawny wrote the record Plastic World with PYRA. The track is about superficiality and people being too attached to physical things. He found it ironic to have a product from CONSIGNED’s RE-CONSIGNED collection that is created out of recycled plastic bottles, giving something that was unwanted a new life.

His music often feels like dystopian pop as well as being nostalgic in looking to the past. This made working with CONSIGNED feel on brand for Yawny. It fits well with his concept of creating something novel in a world that is falling apart.

“My first impression was it felt practical, it felt smart. I felt good to be a part of something where we’re doing better for the environment and looking cool doing it, who doesn’t wanna do that?”

00:30 Yawny Blew came really from the desire to not be defined

00:37 For a while I toyed with the idea of being like a masked artist and kind of letting music speak for itself but I love talking and interacting with people and you know eventually I kind of got rid of the idea but I still had him. I figured you could just come along for a ride

00:55 I love Stephen Universe and Adventure Time, I’m a cartoon Network Kid at heart, so being able to bring those two worlds together is super cool for me, I think a lot of the best storytelling comes in that contrast, because we don’t always feel one way. A lot of the times we’re conflicted in our emotions and I love to kind of bring that contrast of really colourful to the moodier music I make.

01:17 Making the transition to being an artist, I had to be very conscious of who I am and my different intersections in life, I really want to speak to people that I feel exist at those same places that I exist. Being a queer man of colour in Urban music – those are worlds that often butt heads, even though they come from the same foundations culturally.

01:30 Every time I’m expressing myself. I try to tell stories of identity and you know, sexuality and love and heartbreak and just kind of creating a place where we all kind of exist and understand that we all go through the same thing.

01:52 I fully give credit to the pandemic for forcing me to release music.

01.58 My REVIVAL in the way that I’ve interpreted is, given me a new light and a new energy that has been releasing music as an artist. And connecting with new people and realising I’m not 1 of 1, completely, like there’s at least 100 other people like me, hopefully more, and they need music and they need somebody that is telling their story and that has given me direction to really wanna create music that is transparent and can speak to them and speak to my truth.

02:26 So I just thought it was really cool when CONSIGNED approached me about a product which is made from recycled plastic, I was like “Oh, this is kind of ironic” and we often joke that our music feels dystopian pop, and that we’re creating for a world that is kind of falling apart, and super nostalgic, so it just kind of felt on brand for me.

02:45 I felt good to be part of something where we’re doing better for the environment2 and looking cool doing it, like who doesn’t wanna do that?