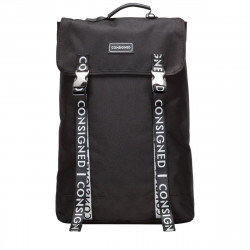 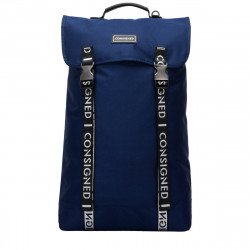 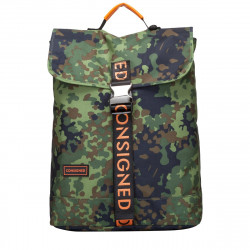 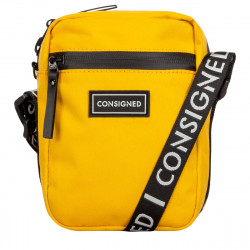 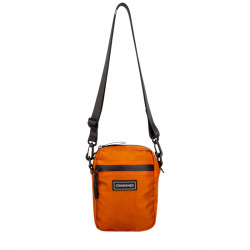 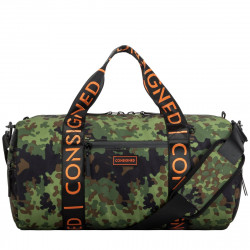 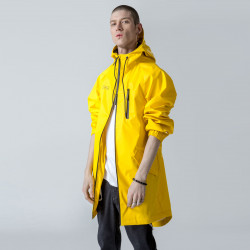 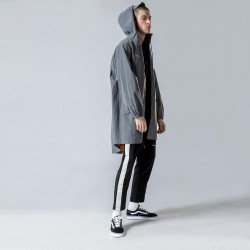 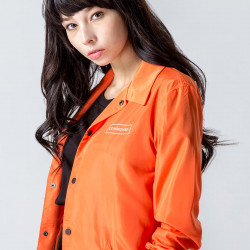 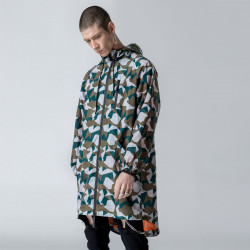 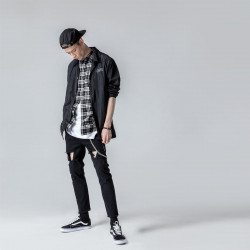 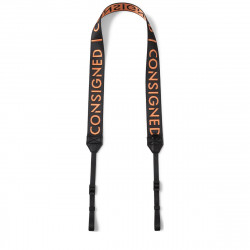 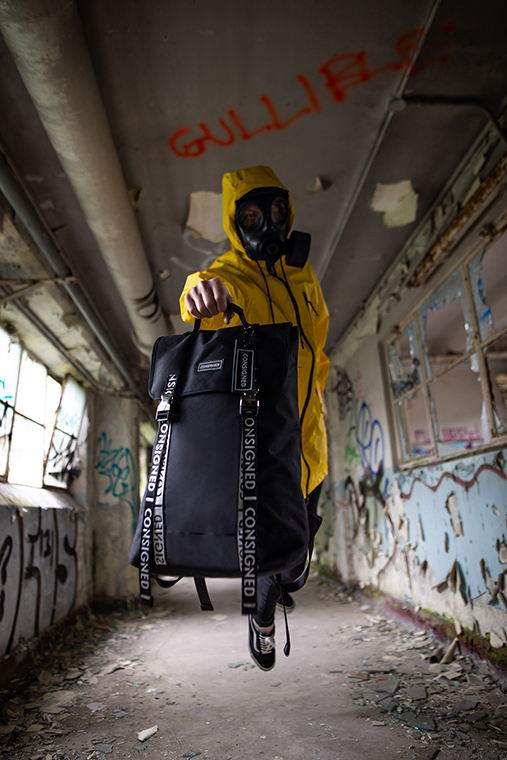 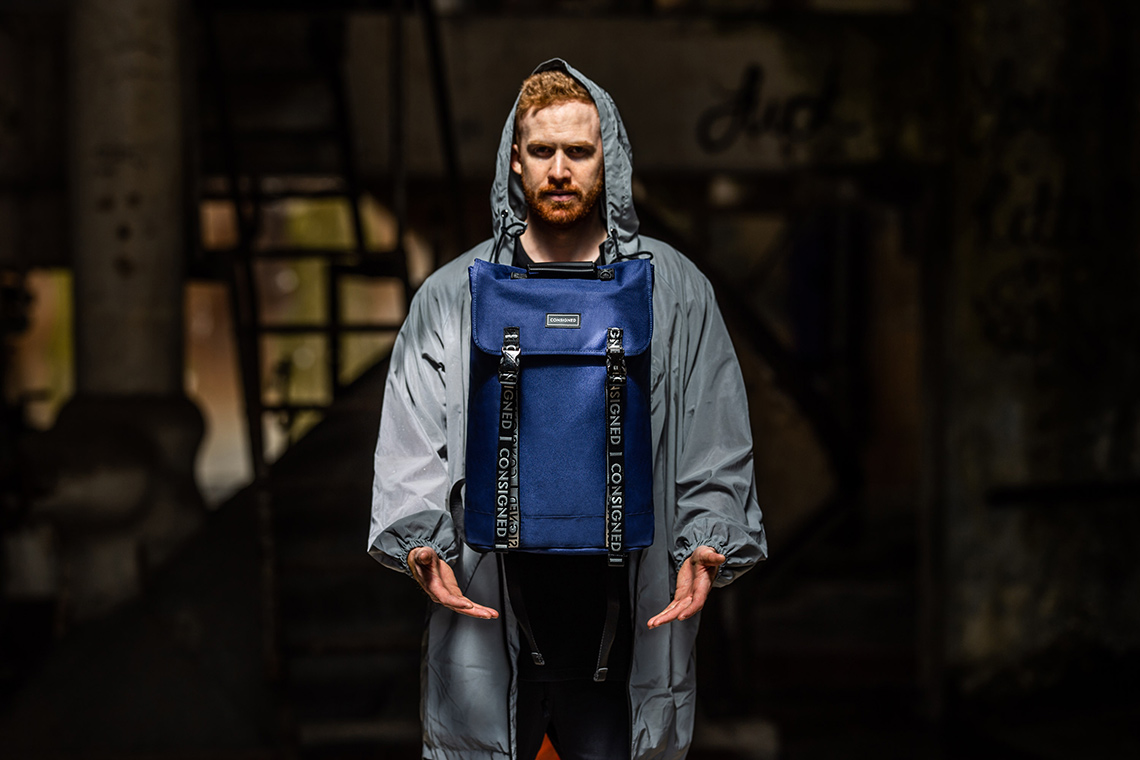 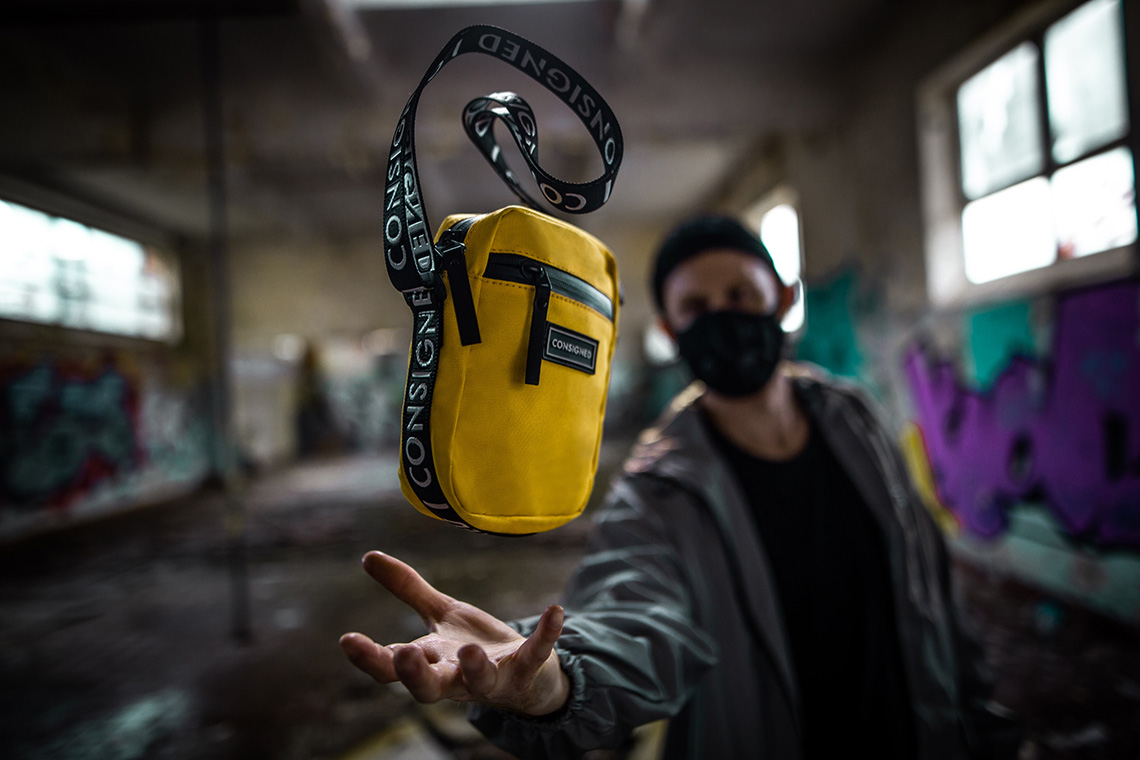 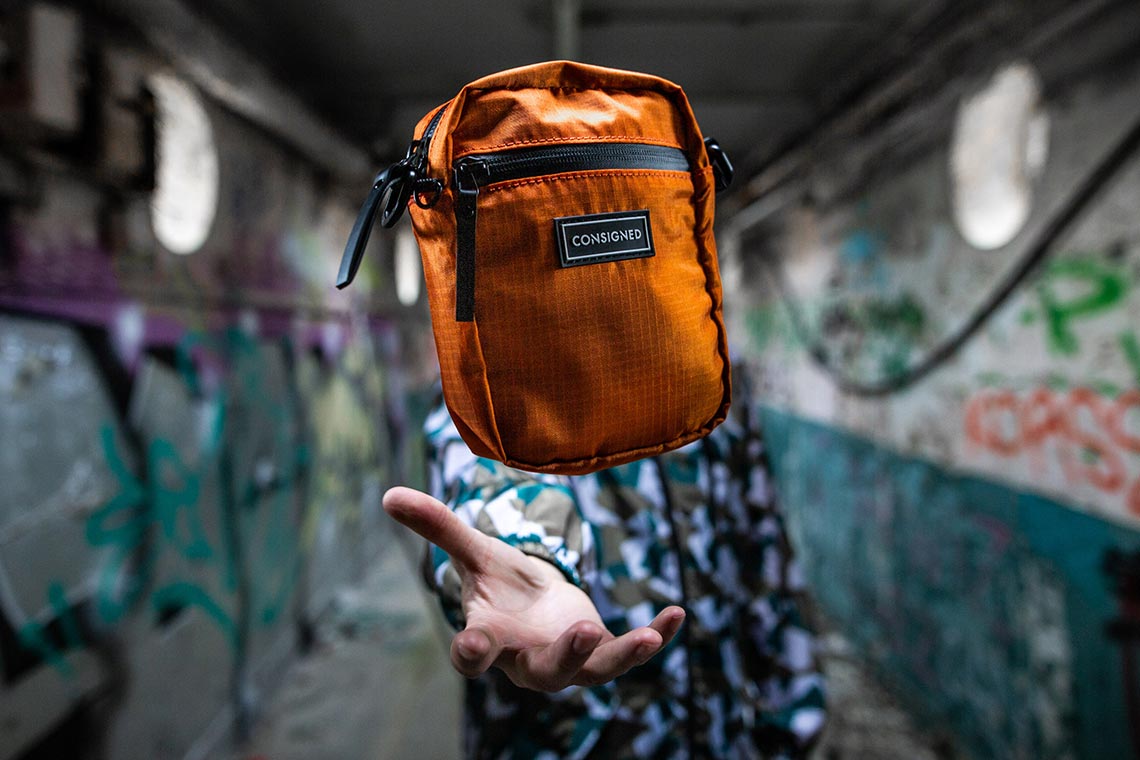 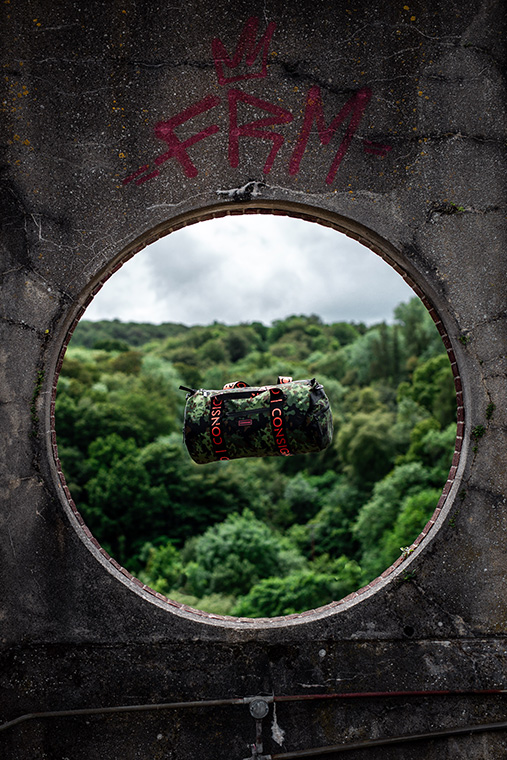 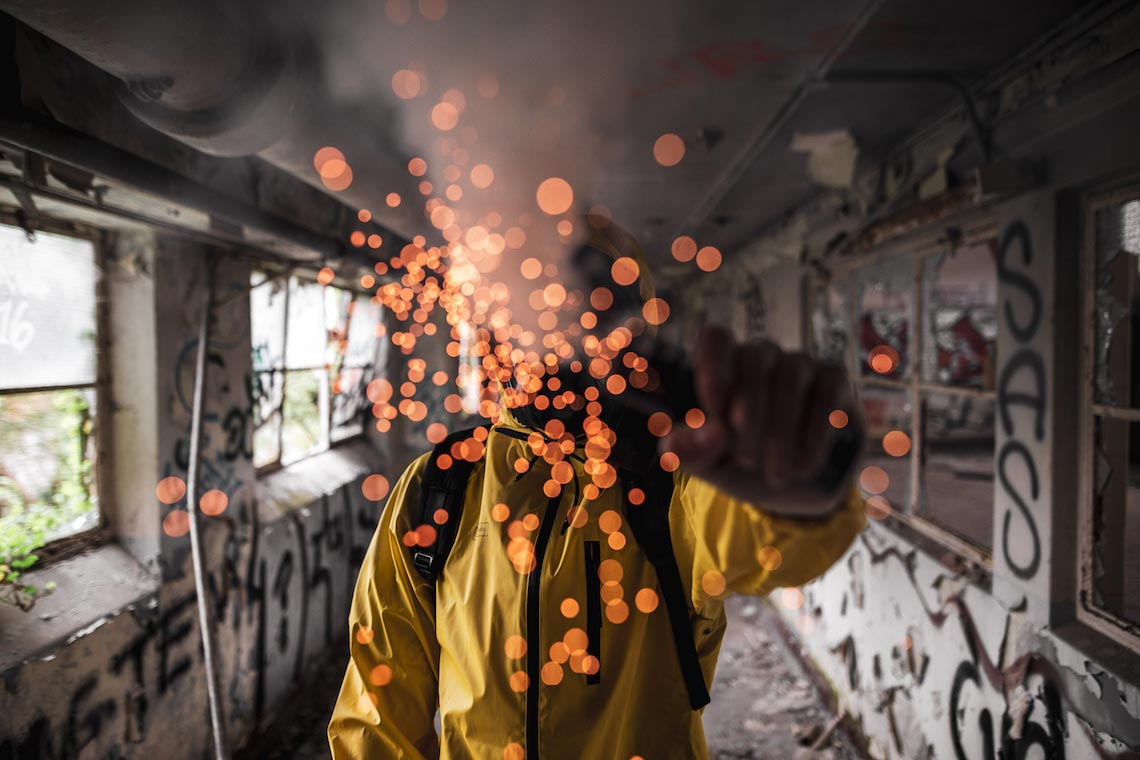 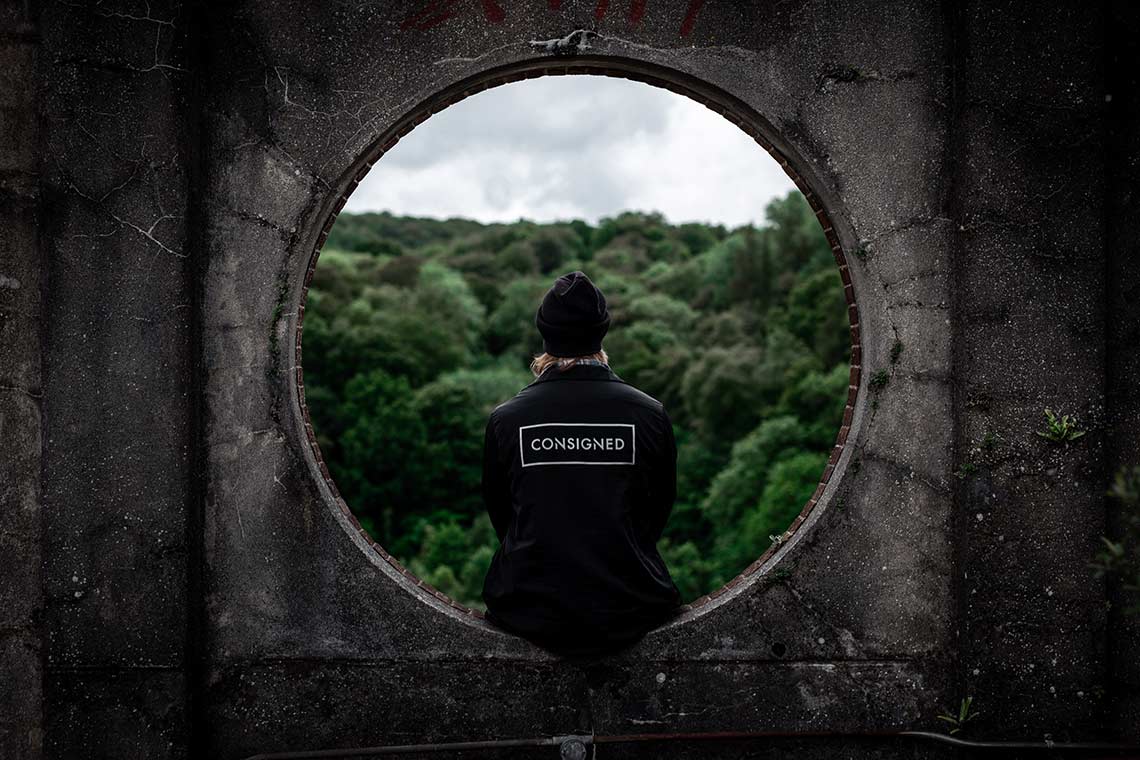 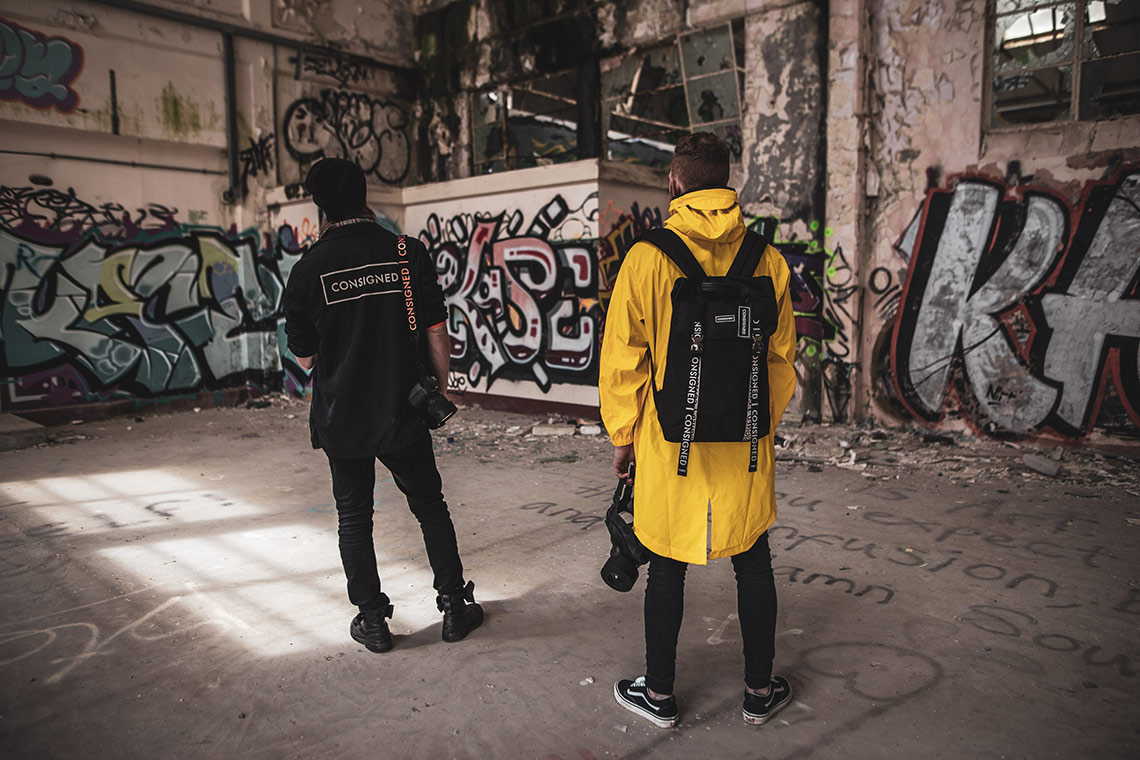 For this campaign we collaborate with creative people from all artistic disciplines and document their creative process. We find out what inspires them and how they create their final project.

By exploring the behind-the-scenes of ‘creative expression’, we share an insight into the raw method behind a finished piece.

You are the creatives. We are The CONSIGNED.

Photographer David Wallace is bringing realism to the surreal

David’s signature style has more in common with Hollywood movies than conventional photography.

David’s mind-bending levitations have earned him notoriety around the world and clients like DJ Khaled, Nike and PlayStation.

We arranged to meet him at an abandoned factory to explore his creative process – and how he changed the game on traditional portrait photography.

“I think inspiration is derived from being able to create something without limitations.”

With more than 395 million photos uploaded to social media every day, you have to do something no one has ever seen before if you want to stand out. David’s unique levitation photos certainly fall into that category.

But it’s the way they are created that really put his name on the map. At first glance, elements of David’s photos look as though they are computer generated, or at least manipulated. But everything is captured in-camera, with a single shutter click.

“It’s almost like a game for me. If I can create a picture in-camera without just using Photoshop to fabricate it then it feels like I’ve won the level.”

David’s ability to make these kind of mind-bending real-life effects is what sets him apart. And it’s what initially drew CONSIGNED to collaborate with him.

His #nophotoshop philosophy speaks to us, and showcasing it helps us to show our community what creativity really looks like behind the scenes.

So where does David get his ideas from?

“My main inspirations come from movie directors. Christopher Nolan is a good one because he doesn’t use a lot of CGI.”

One particular scene from The Dark Knight made David rethink the rules of photography.

In that scene, Nolan flips a full-size 18-wheeler on its back, in downtown Chicago, without any CGI.

“I think that influenced my #nophotoshop thing. I thought, if he can do it in the movies then I can do it in film photography.”

And from there, David’s creative energy snowballed.

Four years, six months and 14 days later – David noted the exact day he took his first proper photo – and he’s flying all over the world, levitating objects and challenging perspectives.

But like any creative, David is always thinking about the next big idea.

“Moving into the future, I’d like to take it to the next level.

“The scrabble levitation is now world renowned. People are like ‘oh wow that’s crazy, we don’t know how he does it’. But I want to push it further. I want to make it insane.”**

What advice does David have for other creatives in CONSIGNED’S community?

“If you’ve got the idea and the concept, you don’t really need anything more than a camera and an eyeball. As long as you have all the means and requirements to do what you want to do the work will happen.”

00:37 David Wallace has got in touch with us, he wants us to go down, meet him and do a shoot with him. So we are currently driving down to his , we don’t know where he’s going to take us, secret location , we don’t know what we’re going to shoot

00:51 We love what he did with his levitation shots, you know, his urban ex, we wanna we wanna shadow him see how he does that and you know, he’s invited us down so hopefully we can do a bit of, bit of those shots with our product. You know do some model shots see if he can get some of us flying around some of the bags flying around just just have a bit of fun on the day, yeah just capture his creative process and see what makes him tick.

01:15 How you doing brother good to see you nice tricks? I’m good

01:20 So I think maybe I mean you know the area better than we do so you probably have got a picture in your head of kind of the places to shoot already

01:26 Yeah yeah there’s like a few like key spots throughout the building, we could wander around and have a look and be like these are the ones

03:03 Alright man we’re here, CONSIGNED shoot, and we found this location in the middle of the building, decrepit and decaying, and we just got this orange bag so check it out

03:16 Four years, six months and fourteen day ago since I took my first picture. I used to be skateboarder, so when I was 18 I moved to Barcelona, the weather was better over there and I think the inspiration is better

03:39 When you’re a skateboarder you gotta like abandoned buildings or factories, try and build like a ledge or a ramp or something in there and it’s kind of the same whereas I’m doing exactly same but now I’m taking pictures instead of like building ramps or to go skateboarding in there. It’s now like to capture stuff artistically

03:56 I’ll have an idea or a concept and then we kind of just make it happen

04:04 If you think that you can do it, that’s pretty much the process behind it

04:26 The levitation stuff came from urban exploration. The first occurrence of levitation was in an abandoned mental asylum, um just outside of Nottingham, and there was an old computer keyboard and then I threw the letters and I had to catch them perfectly in the air and the it all just stemmed from there

04:45 The No-Photoshop stems from more of like an illusion, kind of like a magician, I wanted to see what could be created within a camera without having photo manipulation on top, and I think if you can create it in camera without adding anything to it then that’s your skill

05:21 Right arm forward left arm back. Yeah yeah exactly like that, “woah”. Dude I nailed it come have a look

05:49 It’s like a game for me, if I can create that picture without using Photoshop to just fabricate the image, then it feels like I’ve won that level

06:00 I think it’s very much like a unique style of shooting; it’s definitely like my type of style

06:06 With inspirations it’s more like movie directors and stuff like that. Christopher Nolan is a good one, the way he like directs and creates his films and he doesn’t use a lot of CGI. In one of The Dark Knights, he flips an eighteen wheeler in downtown Chicago. And he legitimately did that it wasn’t with CGI or anything like that. Influences like that have influenced my photography in the way I shoot

06:31 The main motivation behind photography and creating imagery, It’s just having the concept, you think of the concept and then you execute it

06:48 It doesn’t matter what camera you have or whatever, as long as you’ve got a camera, an eyeball and an idea, then you can create whatever you wanna do, if you think that you can do it